In 1835, two men on their way back to Bloomington from Decatur stopped their horses on a slight rist on the prairie. While their horses rested, they looked around the beautiful countryside. This spot is marked today by a large rock with a bronze history marker – it stands in front of the old Clinton Junior High School in the 400 block of North Center Street.

Jesse Fell was a lawyer and a land speculator. James Allen, also a land speculator, was a representative in the state legislature. Neither man was a stranger to creating new counties or towns. They began immediately to prepare this new town. They decided to honor New York governor, DeWitt Clinton who was instrumental in the construction of the Erie Canal. The town would be named Clinton, and the county, DeWitt. It would be four years before the state legislature would move to create the new county. But on March 1, 1830, Illinois governor Thomas Carlin, declared DeWitt County should be created from parts of McLean and Macon Counties. On May 6, an election was held to determine whether Clinton or Marion (now DeWitt) would be the county seat. Clinton won by a vote of 313 to 180. The town continued to grow. Jesse Fell, James Allen, and Peter Withers donated 32 lots to the city. The original town was bordered on the north by North Street, on the south by South Street, on the east by East Street, and on the west by West Street (now Grant Street). Clinton now boasted 12 families, a post office, and an inn. On February 1, 1839, the First Baptist Church of Clinton was organized in the home of George L. Hill just south of town. Nothing is known about the first pastor, Joel Hulsey. The second pastor was William McPherson, who was given 20 acres of land, a log cabin, and many farm animals to help provide his living by George Hill.

First Church Building
On February 1, 1845, the church voted to build a church building in which to worship. A lot was donated by Peter Weathers of McLean County to the trustees of the church. It was located on the corner of West Main and North Jackson Street, the present site of the First Christian Church of Clinton. A large stone was placed in front of the church for use in mounting and dismounting horses. A bronze plate was mounted on the stone as a historical marker honoring Pioneer Baptist women. It was moved each time the site of the church moved and now stands just to the west of the car port of the present church building.

Second Church Building
In 1866, the church continued to grow under the ministry of Rev. McArthur and voted to build a second building. The property was purchased and the building erected for a price of $7000.00. The building was erected in 1867 on Monroe Street, the present site of the old Illinois Power Company.

On August 1, 1878, a tornado blew down the steeple causing considerable damage when it fell through the roof. It was never rebuilt.

In 1889, a two-story parsonage was built just south of the church. In February, 1891, a bell weighing 2000 pounds was placed in the belfry and was rung to announce church services. This building was sold because of difficulties caused by the noise and confusion of Clinton’s newest industry – the railroad. The building was torn down in the early 1900’s.

Third Church Building
In October 1901, the property was purchased at the corner of Madison and Adams Streets. On May 1, 1902, construction began. The building was finished and dedicated on March 15, 1903.

In June 1948, Casper J. Allen became the 35th pastor of the church. It soon became necessary to add on more space for the class rooms and on Easter Sunday, 1952, ground was broken for a $25,000 addition to the building. It was dedicated on September 7, 1952.

In May of 1956, the church purchased the eight room house across the street from the church to be used for additional classrooms for the Junior Department Sunday School. It was also used to house visiting missionaries or evangelists, occasionally. We called it “the Annex”.

In August 1961, 5 1/2 acres of ground were purchased on West Main Street Limits. In the summer of 1962, a tabernacle was built to be used for services in summer and social events on the 5 1/2 acre site.

In January 1965, Jim Stoutenborough came as music and youth minister. He played a very important part in the planning of the new church building, and in April 1965 a contract was negotiated with Hein Associates to build the new building on West Main Street.

In January, 1967, Rev. C.J. Allen left the ministry here to go to Marquette Manor Baptist Church in Chicago as visitation pastor. In February, Rev. Lyle Swedeen came to Clinton as the 36th pastor of the church. In August 1966, Jim Stoutenborough resigned to go to the Bill Rice Ranch to continue his ministry there. Bro. Randy Hamilton came as assistant to the pastor in 1973. Upon his resignation, Bro. Jerry Walden was called to be the assistant to the pastor.

Fourth Church Building
The building on West Main was finished and dedicated on June 25, 1967. In July the corner stone was laid. The bell was brought to the new church and hung in front of the church between the American flag and the Christian flag. Soon afterwards, the old church building was demolished. The annex was sold in March of 1968.

The first missionary conference was held in the Fall of 1967 and has become an annual event looked forward to each year.

Rev. Lyle Swedeen resigned in April 1977 and went to the Peoria City Mission to continue his ministry there. The assistant pastor, Rev. Jerry Walden became the 37th pastor of the church. He resigned in July 1978 to return to Grace Theological Seminary to finish his education.

Pastor Lloyd Wages, his wife Nelda, Tim, and twins Jann and Lynn, moved to Clinton in August 1978. On the 6th of August, Pastor Wages preached his first sermon as the 38th pastor of the church.

Mortgage burning services were held in August, 1984, when the mortgage on the building was paid off through the faithful gifts of God’s people. Former pastors Casper J. Allen, Jim Stoutenborough, and Lyle Swedeen were present for the service, as well as Dr. Gordon Edgington.

In the summer and fall of 1984, the concrete approaches to the carport were poured as the city rebuilt West Main Street Limits. The name of the street became Illini Drive in honor of the Illinois ball teams – the fighting Illini.

Bro. David Lynn resigned and moved to Sandusky, Ohio in November of 1985 to follow God’s will for him.

On August 31, 1986, Kevin and Diana Adkins came from Bob Jones University to be the youth and music minister. Brother Adkins reinstated the choir and in the Fall of 1987 began the Pro-Teen Program in association with many churches across the country. He was also the leader of the quiz team.

On July 9, 1989, U.S. Congressman Ed Madigan and his wife presented the church an American flag which was flown over the capitol in honor of our 150th anniversary. He spoke to us briefly concerning the Supreme Court decision on freedom to burn the flag, which is against what we all believe to be right.

In August of 2001, Pastor Lloyd Wages retired and he and his wife moved to South Carolina. Soon after, Assistant Pastor Kevin Beard resigned to go on to Pastor in Pennsylvania

In May of 2002, Roger Cox became the 40th Pastor of First Baptist Church. There were many changes that were made under the direction of Pastor Cox. The church continued to grow and souls were being saved. To God Be The Glory! In May of 2003, John Roberson became the Assistant Pastor.

In September of 2003, the church received an offering to purchase a much needed bus, because of the amazing growth of the bus ministry. The total offering received was $19,000. The church bought a 72 passenger bus.

In February 2004, the church hosted it’s 1st Annual 8 Hour Youth Conference. The conference now brings in hundreds of teenagers from all over the midwest. It includes games, food, singing, and preaching of the Word of God. The conference has grown so much that it must now be held at the local junior high school. It is a continued event that is looked forward to each February.

In April of 2004 the church began a major renovation project. The parking lot was expanded and paved, a central air unit was added to the fellowship hall, the pews were re-padded, the roof was redesigned and a metal roof was installed, a metal roof was also installed on the parsonage, the bathrooms were redesigned and expanded, and the lighting was updated.

In April 2007, the Lord called Michael Payton and his wife Charity to Clinton to become the Assistant / Youth Pastor, In September 2013, Pastor Michael resigned and moved to Gulfport, MS to work with BEAMS BIBLES.

In August 2014, the Lord called Jonathan Roberson and his wife Leah to Clinton to become the Assistant / Youth Pastor.

In the Summer of 2017, the church began a major renovation project commonly known as “The Nehemiah Project.” The project lasted from the end of May to the end of August. The project included: Renovation of the auditorium, offices, and foyer. The sound and media were also updated with the latest technology. We Praise the Lord for the beautiful new building we get to worship the Lord in.

In January 2023, due to personal reasons, Pastor John Roberson resigned from the pastorate. We are grateful for Pastor John and Mrs. Sherri’s service to FBC for over 17 years.

We continue to see God doing amazing things in our church. We are excited and anxious to see what God has in store for us in the future.

We are excited to meet you. If you need prayers, please do not hesitate to reach out to us.

You always have a family here. 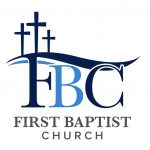 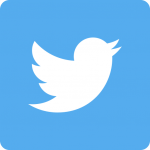 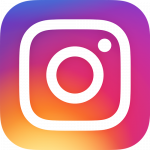 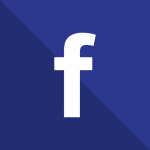